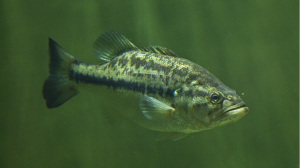 Many people have not considered that fish have a sense of smell. A fish’s ability to smell is documented to be approximately 1,000 times better than a dog! From bass to sharks, Predator fish smell much better in water than humans do in the air. It stands to reason that

Have you ever gone fishing with a pothead, and they asked you a stupid question you couldn’t get out of your head? Welcome to my week! I was out fishing with a guy that will remain unnamed. His ability to catch copious amounts of fish is only surpassed by his

In 1946 David DeLong poured his first six-inch Kilr worm in Akron, Ohio. He would goon to form the Delong lure company, which set up business in nearby Cleveland. Thecompany expanded and moved its operation to Centerville, Ohio, to operate for the nextseveral decades.In Centerville, the company hit its stride